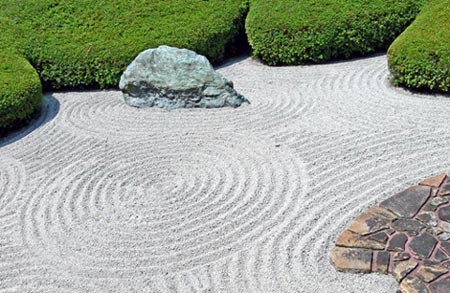 A traditional Zen Story – Is That So?

“There was a Zen Master who was very pure, very illumined. Near the place where he lived there happened to be a food store. The owner of the food store had a beautiful unmarried daughter. One day she was found with child. Her parents flew into a rage. They wanted to know the father, but she would not give them the name. After repeated scolding and harassment, she gave up and told them it was the Zen Master. The parents believed her. When the child was born they ran to the Zen Master, scolding him with foul tongue, and they left the infant with him. The Zen Master (1) said, “Is that so.” This was his only comment.

He accepted the child. He started nourishing and taking care of the child. By this time his reputation had come to an end, and he was an object of mockery. Days ran into weeks, weeks into months and months into years. But there is something called conscience in our human life, and the young girl was tortured by her conscience. One day she finally disclosed to her parents the name of the child’s real father, a man who worked in a fish market. The parents again flew into a rage. At the same time, sorrow and humiliation tortured the household. They came running to the spiritual Master, begged his pardon, narrated the whole story and then took the child back.”

Version of Story by Sri Chinmoy from: Is That So?

What Can We Learn From This Story?

(1) I believe the Zen Master was Hakuin (1686 – 1768). He helped revitalised Zen Buddhism encouraging zazen meditation and the use of Zen Koans such as “What is the sound of one hand clapping?”