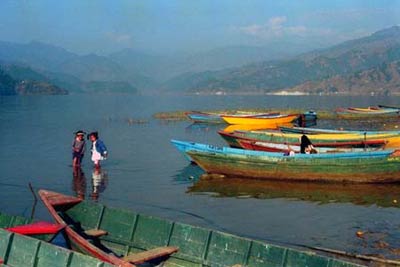 There was a young aspirant who wished to learn the meaning of life so he travelled to meet the most famous philosophers of his age. The first philosopher gave a very great and lengthy explanation on the meaning of life. The aspirant was suitably impressed and awed by the magnificence of his deliberations. However, straight away this theory was criticised by another philosopher. He cogently pointed out many deficiencies in his system; instead he pointed out another philosophy, which he argued was far superior. Like this several philosophers came to argue their case for having the best philosophy. Some said truth could not be discovered in this life, others said that truth was in a particular book. However, with so many conflicting philosophy’s the aspirant just became confused.

The aspirant decided to travel deep into the forest where he came across a yogi deep in meditation. His face expressed a countenance of deep equanimity, peace and, contemplation. Eagerly the aspirant asked the yogi what was the meaning of life. To this question, the yogi did not flicker even an eyelid, but continued in his deep meditation. The aspirant was disappointed, but remained inspired by the consciousness of the yogi. The next day he came back and his repeated question, the yogi maintained his silence. It was then that the aspirant realised the meaning of life could never be explained in words.  At this point he began to learn meditation himself.

In my deep silence I never become a victim to ignorance,
the greatest calamity that can befall any human being.
In my growing silence I am convinced that even as a man on this earth I shall be able to reach heights, transcendental, divine.
My glowing silence alone can accelerate my
Godward march.

– My Silence, from Songs of the Soul

When silence is the best philosophy

The world is full of critics – there has never been a shortage of critics! If you ever try to do something new you will definitely attract critics. The words of critics can take away all our inspiration and leave us wondering how to respond. However, if we can respond with silence, we maintain a great dignity. The critic wishes to provoke us, but by maintaining silence we are showing that it is beneath our dignity to respond to their false criticisms. It is like they are trying to give us something, but by refusing to accept their gift, the negativity remains with them. By maintaining silence we remain completely detached from their negativity. We can just concentrate on doing the right thing.

Criticism takes away
The very life-breath
Of our peace-heart.

Suppose a friend or colleague comes up with an idea for a project. However, we feel that this idea is both unworkable and unpractical. If the idea is foolish we can waste much time and valuable energy in pointing out its weakness. However, instead of trying to show how it is unworkable, we can maintain silence. We will neither argue against it nor work for it. By maintaining silence we require the proponent of the argument to make it work. 9 times out 10 they will not be able to make it happen. Thus, the plan falls of its own accord and we have done nothing other than maintain silence on it.

Is there anybody who would not appreciate more inner peace? Life is stressful, and it seems difficult to be able to relax and be at peace. However, it is quite possible to detach ourselves from the worries and anxieties endemic in modern life. The key is the ability to maintain silence for a few minutes each day. Here silence does not just mean outer silence; real silence means silence in our mind. This requires us to control our thoughts. If we can maintain silence in our mind, we will feel great inner peace no matter what is happening in the outer life.

Some humans love to gossip and point out the bad habits of other people. When others start to gossip it is easy to get drawn in. Before we know it, we are criticising our friends and work colleagues. If others were gossiping about us we would feel bad and miserable, yet here we are doing it ourselves. When people start gossiping, it is best to maintain silence. If we become known as someone who does not gossip and spread unkind words about people we will greater respect.

51 thoughts on “When Silence is the best Philosophy”