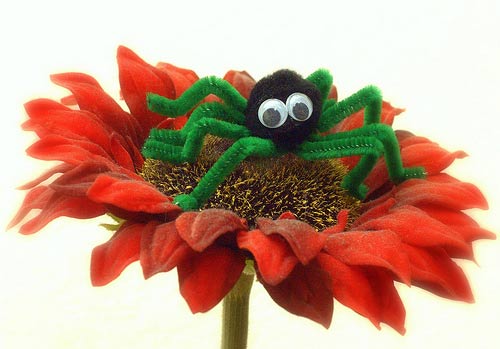 It’s sometimes easy to write about what we should do – e.g. overcome worries with detachment and positive visualisations e.t.c. But,  when things actually happen to you, it’s much more difficult to put the theory into practise! I don’t have many phobias, or irrational fears, but recently I came up against my own worst phobia.

I was going on holiday to New York (as much a spiritual retreat as holiday). I came off my bike on the day of the flight – a nasty accident. But, I made it to NY fine. Three days later the leg started to get much worse. That was strange, I couldn’t work out what was going on. I had to spend the next 3 days in a chair or on my back. The dynamism of New York came to an abrupt halt for me!

In a way, I actually quite enjoyed it. I could look through some poetry websites I hadn’t been able to touch for months. I was grateful to have other things to be able to do.

Being confined to a chair was not as bad as I might have feared. I actually quite liked the extra time – a rare luxury. Of course, I would have preferred to have a good leg, but at least I felt grateful for finding alternative things to do.

I was able to eventually hop around and hobble on the plane back home.  But, back in England, the detachment I felt about the accident started to wear thin; two weeks off my beloved bike is one thing (I’m quite a serious bike racer), but any longer and the cycling season is in danger of slipping away. I went to visit a sports physio who suggested I go immediately to A&E with suspected blood clot. The doctors there weren’t so sure, and said come back later for scan. After the weekend, I did finally make it for a scan, which showed a blood clot, although in the lower leg it tends not to be so serious.

The doctor said in rare cases blood clots can be fatal. Now, death doesn’t really worry me at all.  But, when the doctor said, we’ll need to take a blood test – my life energy drained away.  Just the thought of a blood test left me a quivering wreck.

I don’t know why I have such a phobia of blood, I’ve had no bad experience in this life. In fact I’ve been remarkably fortunate in having no more than the occasional scrape from cycling accidents. If you believe in previous incarnations, you might speculate such phobias come from traumatic deep-buried previous life experiences, which involved extensive blood loss.

But, whether a past life experience or not, I had a fear of blood tests, which I knew to be irrational. I tried to remember the kind of things I write about, but somehow found it quite difficult to apply!

The problem was that the treatment for blood clots was daily blood tests and injections. – I knew it was going to be one of those things you just can’t avoid. Life has a habit of repeatedly throwing up things you try to escape from. If not now, it would be sometimes in the future. So, it was something to try and deal with.

The second blood test was not as bad, it doesn’t really hurt. The feeling of nausea was not as strong. After that I was much more detached about the blood tests. It became a routine, and I was able to realise no harm comes form it. The pain is minimal and then that’s it – done. By the seventh day, I forced myself to actually look. It took me seven days to even be able to look, but because it was better than at first, I wanted to keep making progress. The daily routine of having a blood tests, changed some underlying subconscious reaction. The terrible fear evaporated. The conscious mind was able to convince the subconscious there is really nothing to worry about.

During the blood tests, I did try a little mantra, I also tried visualising a positive outcome. It helped the nurses were sympathetic. (they told me they had one patient who ran away at last minute. He had to be brought back in by his wife! So I could have been worse) But, the main thing is to simple experience it, and try and stop the instinctive negative reaction.

I wouldn’t say I enjoy blood tests. But, I can look now and I guess I’ve learnt something from the experience. It may sound a silly thing, but

7 Steps to Overcome a Phobia

BTW: The leg is much better now.

6 thoughts on “Overcoming a Phobia”