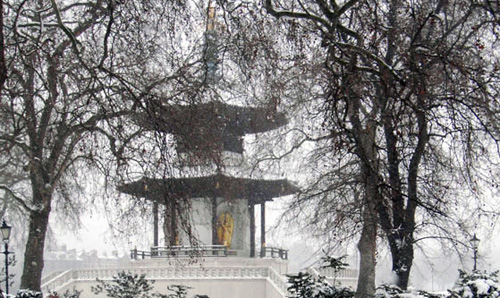 People are a mixture of qualities and personalities. At various times, we all embody these different aspects and qualities. But often some quality or trait is more predominant than others. Some friends will be insecure and shy, others will be brash and egocentric. We need to respond to these different characteristics in different ways. There are also some general tips for dealing with difficult people here.

An ego centric person tends to talk alot – often about themselves and their achievements, They look for compliments and so will often compliment others to encourage praise for themselves. They dislike any criticism and are often insecure, though they hide this insecurity by trying to display their successes. Ego centric people can be a bit of a bore, but, it will not help to point out their shortcomings as they will not appreciate your intervention. It is best to offer sincere praise if justified, but, not to encourage them excessively. If they really are talking too much about themselves, politely but firmly steer the conversation onto something else.
Very insecure and egocentric people will try to put down other people to make themselves feel better. This is pretty frustrating but, before taking it personally, it is worth being aware of why they are doing it so don’t take it to heart.

There is a saying ‘pride comes before a fall.’ If you feel someone’s ego is ballooning out of control, don’t despair or worry too much. Sooner or later they are sowing their own downfall.

Opinionated people have strongly held views and tend to be quite confrontational. Whatever the issue it is – the price of bread, the best place to put the flower pot, the cause of the credit crunch – you can guarantee they will have a strong opinion and they will vigourously argue for their point of view and won’t be particularly interested in anyone else’s opinion. On many issues you can side step them. After all, there are few things in life worth really worth arguing about – so just avoid bringing up the topics that they will give their interminable lectures on. It is also worth remembering you are probably not going to be able to change their mind directly.

The problem comes when they have a strongly held opinion on something which is important and that you can’t just ignore. This is maybe an issue which affects you or people around you. It is difficult because they are usually quite set in their ways. The best tactic is not to challenge them head on. Don’t start by saying I think you are wrong as they will resent this direct challenge. Try looking for some area of agreement and consensus; get them in a good frame of mind and then suggest an improvement or different way of doing things. But, there is no one particular way of dealing with this issue. Sometimes, we just have to be firm. Just because someone is opinionated and will throw a tantrum if they don’t get their way doesn’t mean we have to give into them. Never feel guilty for standing upto some behaviour that is wrong. But, where possible make it as least confrontational as possible.

Someone who is shy and insecure will be reluctant to come forwards, they will lack confidence and often try hard to please people, even if inwardly they regret doing this. It is important to bear in mind that shy people will need encouragement and support. Small steps to boost their confidence will make a big difference. Don’t be patronising but give people the opportunity to speak and be true to themselves. Shy people are often quite self critical so there is little need to make a big deal out of criticising small misdemeanour’s. The main thing is that they will respond positively to even small amounts of encouragement.

Lazy people don’t create so much problems, but, laziness can become selfish when you have to do their work for them. Try giving them a sense of duty and make them aware of how they impact on other people. They might not change for themselves but, they may become less lazy when they realise others have to carry the can.

15 thoughts on “Dealing With Different Types of People”