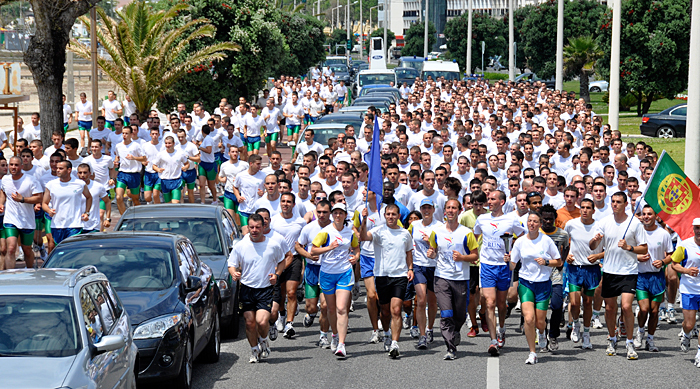 Some of the participants who joined the World Harmony Run.

The city of Figueira da Foz played host to the international team of runners who will cover over 24,000 kilometres in the coming 8 months, carrying the Peace Torch through 45 European countries. This year marks the 25th anniversary of the Run, which was founded by Sri Chinmoy in 1987.

World-renowned marathon legend Tegla Loroupe was part of the international running team in Figueira da Foz. Over 900 local school children joined her in the opening run through the city. The mayor warmly welcomed the runners and wished them a good journey ahead.