The members of the group are students of Sri Chinmoy and come from several different countries. During the tour, they performed in churches and monasteries in Florence, Sienna and Pisa, and the surrounding Tuscany countryside. END_OF_DOCUMENT_TOKEN_TO_BE_REPLACED

The historical “Seminar on Sri Chinmoy and Bangladesh Philosophy” was organised by the academic community of Bangladesh, and took place 19 February 2017, in Chittagong, Bangladesh. In the first of its kind, the one-day symposium, which was spearheaded by Chittagong University, brought together academics within and outside of Bangladesh. One goal of the symposium was to raise awareness in the Bangladeshi academic community about the philosophy, wisdom, and wealth of writings of philosopher, author, composer, and poet, Sri Chinmoy. END_OF_DOCUMENT_TOKEN_TO_BE_REPLACED

This year’s event has attracted an international field from across the world, including a total of 68 runners. END_OF_DOCUMENT_TOKEN_TO_BE_REPLACED

â€œAUM Shanti Shanti Shanti AUMâ€ â€“ the atmosphere at Taman Budaya Art Center in Denpasar, Bali, was electric with spiritual energy on 5 February 2017, as over a dozen kings and representatives from the islandâ€™s royal families joined in chanting the traditional Balinese Hindu mantra, along with many religious and inter-faith leaders and over fifty visiting performers from the Songs of the Soul concert. END_OF_DOCUMENT_TOKEN_TO_BE_REPLACED

The article, written by Adharanand Finn a journalist for the Guardian, gives glimpses into the motivation and joys of both those helping to set up the race and the runners who spend 24 hours racking up the miles. END_OF_DOCUMENT_TOKEN_TO_BE_REPLACED

On Boxing day 26th, the Sri Chinmoy Oneness-Home Peace Run was warmly welcomed by the mayor and people of Kalamata during a one off run to mark the Christmas / New Year. The run was joined by local school children and the mayor of Kalamata. (See: Peace Run) END_OF_DOCUMENT_TOKEN_TO_BE_REPLACED 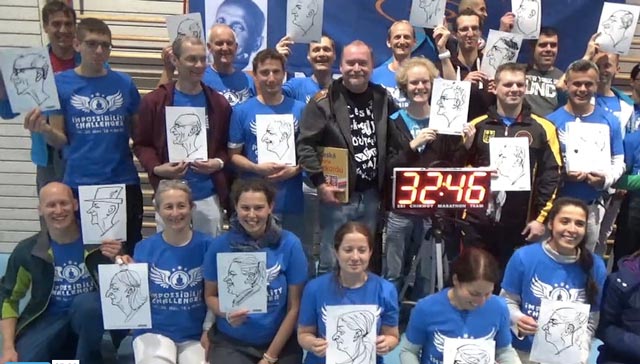 This year event was held in Berlin, Germany. During the weekend there was a varied collection of events – ranging from attempts to run the fastest 100 metres whilst wearing flippers – to reciting an entire poetry book. END_OF_DOCUMENT_TOKEN_TO_BE_REPLACED

Ms. Nilima Silver, Programme Coordinator of Sri Chinmoy: The Peace Meditation at the United Nations and UN Staff Member, was invited by the organizers to serve as Master of Ceremonies for the evening. In introducing the Choir, she explained that in 1970, then UN Secretary-General U Thant invited spiritual leader Sri Chinmoy to conduct meditations for peace at UN Headquarters in New York. Until his passing in 2007, Sri Chinmoy offered his multifaceted inspiration to the UN community through twice-weekly meditations, concerts and other programmes for peace. Sri Chinmoy also founded a non-governmental organization accredited with the UN Department of Public Information, the international Sri Chinmoy Centre, which provides humanitarian aid and promotes a culture of peace. END_OF_DOCUMENT_TOKEN_TO_BE_REPLACED