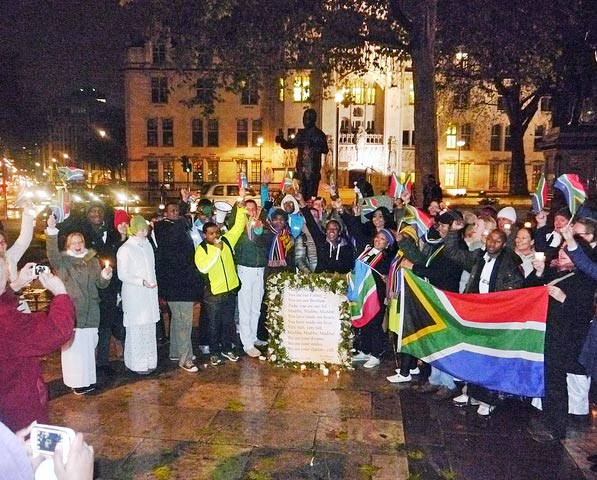 Throughout the past few days, Mandela’s statue had received a growing collection of bouquets as people came to offer their respect. During the ceremony, a party of schoolchildren came to the statue; they offered a candle in front of this poem garland. END_OF_DOCUMENT_TOKEN_TO_BE_REPLACED