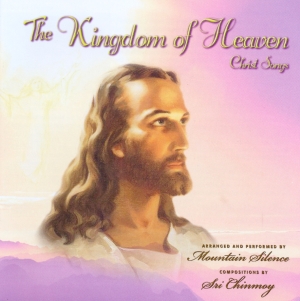 At Radio Sri Chinmoy, we have recently published a new recording by Mountain-Silence, featuring songs about Jesus Christ.

Mountain-Silence are a group of female musicians from Switzerland, Austria and other surrounding countries. Over the past few years, they have extensively toured around Europe, offering concerts of spiritual music.

In their repertoire, they have recorded several songs, composed by Sri Chinmoy about the Saviour Jesus Christ. Some songs are based on quotations from the Bible, others songs are dedicated to Jesus Christ – either in Bengali or English.

â€œAs the beloved Son of God, Jesus Christ came into the world to become part and parcel of earthâ€™s existence, and to transform its consciousness from human to divine. True, his mortal years numbered a mere thirty-three, but birthless and deathless is His immortal sacrifice for Heaven and earth.â€ [1]