A life-sized bronze statue of World Harmony Run founder Sri Chinmoy (1931-2007) depicted holding a World Harmony Run torch was inaugurated in a festive ceremony on the evening of November 26, 2009 in Mazatlan, Mexico. 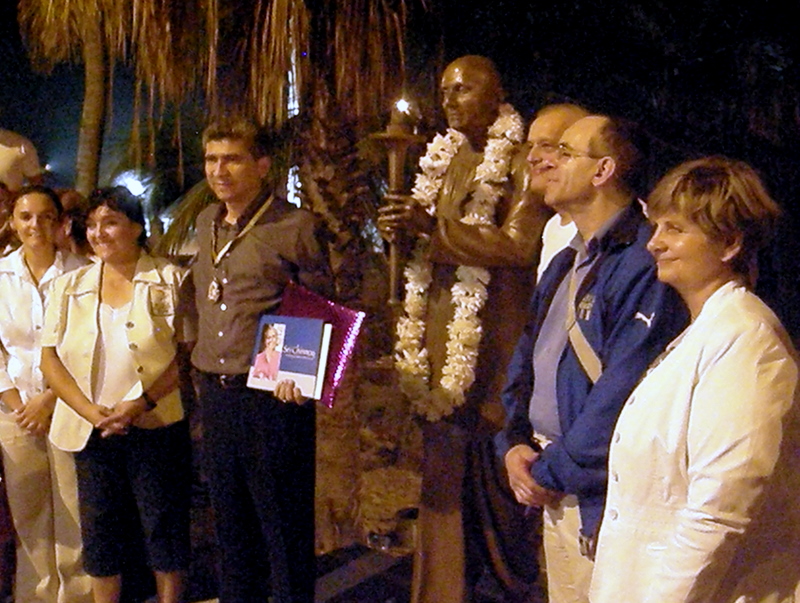 The statue is right on the coast of the Pacific Ocean ringed by palm trees in a location adjacent to a coastal plaza featuring other statues and lookouts over the ocean. Eventually its environs will be landscaped with benches and will include additional information about the late spiritual leader’s contributions in various fields.

Other statues by the same sculptor, British artist Kaivalya Torpy, are located in Norway, Bali and the Czech Republic. The statue unveiled in Mazatlan is the first in the Americas and the first ever of the spiritual leader holding a torch — the symbol of the World Harmony Run.

The Mayor of Mazatlan Jorge Abel Lopez Sanchez was in attendance to unveil the statue and he was presented with the World Harmony Run Torch Bearer Award during the ceremony. Students of Sri Chinmoy representing various countries also were in attendance. The Mazatlan Fire Department Band and Gymnastics Team performed a stirring drum and trumpet performance and ascended heavenward with gravity defying human pyramid formations. The World Harmony Run torch was held aloft from atop one such human pyramid.

Activities continued the following day with visits by the World Harmony Run to three elementary schools culminating in the school children running the torch to the foot of the statue where they were greeted by the Secretary of the Mayor.

A World Harmony Run ceremony including school children also visited a large Mazatlan shopping mall where Sri Chinmoy’s Jharna-Kala artwork was on exhibit inside the mall. 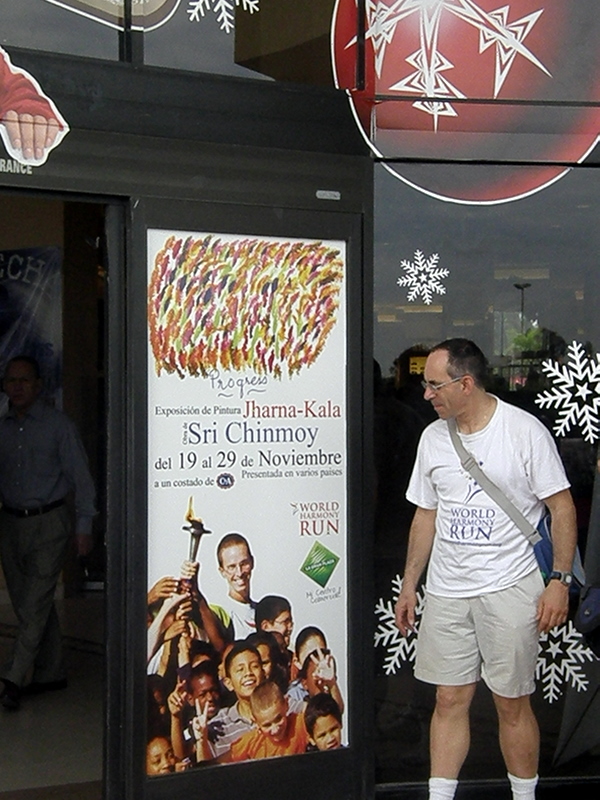 The local daily newspaper Noroeste featured an article about the statue dedication in the November 28th edition of the paper and a second article about the World Harmony Run festivities also appeared on the sports page in the same day’s paper.