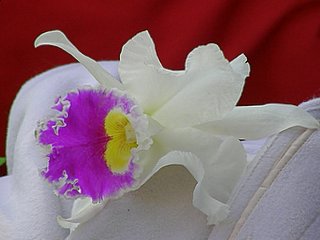 A very beautiful recording of Sri Chinmoy singing the word ‘gratitude’ over and over again, spontaneously putting music to the words as he sang, was played during Sri Chinmoy’s memorial ceremony, and again when his body was finally laid to rest. The recording took place on 13 April 1986, 22 years to the day Sri Chinmoy first arrived in America. Prachar Stegemann recalls the occasion:

“Guru was seated at our then-meeting place ‘Progress-Promise,’ painting Jharna Kalas on a table in front of him. He spontaneously started humming, then singing the word ‘Gratitude’ over and over. After a short while, Dhanu brought a microphone and placed it in front of Guru while he continued to sing and paint. From time to time you can hear the rapid sounds of the sponges Guru was using to paint with striking the paper.”

“When the cassette was produced and ready for sale, Guru refused to charge any money for it. He simply gave it away to all…”

These recollections appeared on the Sri Chinmoy Inspiration Group, where students of Sri Chinmoy have recently penned many beautiful memories of their teacher and of the week-long vigil following his passing.

Listen to this recording on Radio Sri Chinmoy….