At Radio Sri Chinmoy there is a new recording by Hiya Bhasha of songs dedicated to the Lord Buddha. Some of these songs were composed by Sri Chinmoy after he visited the Kamakura Buddha, in 1982, on a visit to Japan. 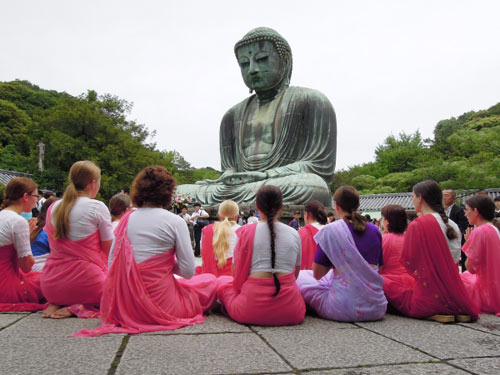 Recently, members of the Sri Chinmoy Centre offered a Songs of the Soul concert at Kamakura as part of a Japanese tour. The musicians also performed by the great Kamakura statue.

View: more photos of Kamakura Concert at Songs of the Soul.

Sri Chinmoy visited Kamakura on a number of occasions, including three peace concerts. He wrote a poem about this most significant statue. 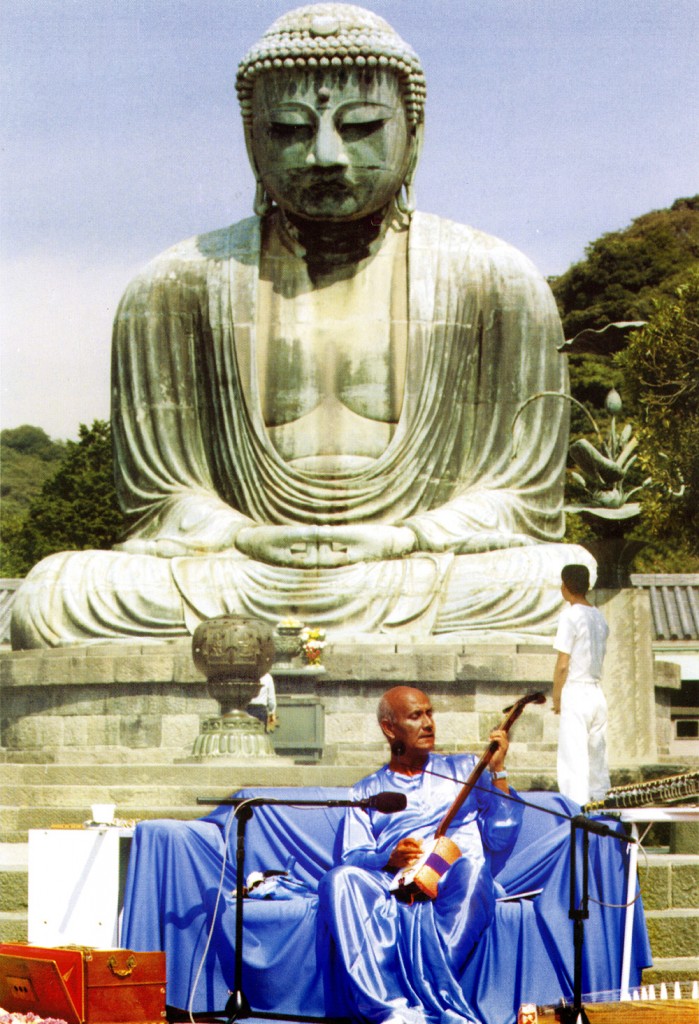