At Sri Chinmoy TV, we have published a few interviews with students of Sri Chinmoy who talk about different aspects of the spiritual life. This includes everything from meditation to the the world’s longest race – the 3100 Mile Self-Transcendence Race. It also includes a typical day of working at a divine enterprise or giving meditation classes. 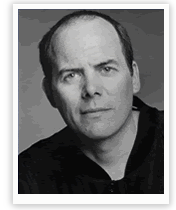 Kalatit Jeffrey Baker talks about his new book ‘Eat my dust, Martin Luther!’  – a collection of essays on modern Sprituality and new American Mysticism. Kalatit explains his choice of title for the book. When a friend heard he was going to write 100 essays, she replied:“Why not 95, like Martin Lutherʼs Theses?”
“Iʼll do him one better,” I boldly replied, “and attempt 96!”
Hence, this collection and itʼs odd title.
Question: Why did you write the book?
The American poet, Emily Dickinson wrote: “This is my letter to the world that never wrote to me.” Sri Chinmoy encouraged me to write and I published a pamphlet just about yearly, as my birthday gift. Amazingly, on the night he passed, the Guru asked if I was writing anything new (my birthday was about two weeks away) so since then I’ve had it in mind to honor his request. Also, unlike my previous publications, and in Emily’s spirit as well, to make this new effort to the degree my talents might allow, my Magnum Opus. So I spent about two years on “Eat My Dust, Martin Luther!” and retained a professional editor, someone from the Harvard Divinity School, in fact.
Question: What do you hope people will pick up from this book?

First I hope they will pick it up at all! If they do, that they will see that spirituality is not abstraction. That it is based upon self-improvement and world-improvement and not merely mumbo-jumbo (or wearing copper triangles on one’s head!)

Question: How would you summarize your approach to life?

I do not really understand how anything actually works and the more I do understand the more miraculous it all seems. For instance, how do I survive. Of course, I have to be able and perhaps more importantly, prepared to work, to exploit every opportunity, but how those very opportunities come about still remains a supreme mystery.

Question: You are well known for your humorous writing. How can humor help us understand the mysteries of life?

A comedian will stand-up and say: “You know how when you go to the fridge and you’ve only got a couple of packs of Chinese duck sauce and two end slices of stale bread but you’re still thinking, “That would make a pretty good sandwich,” and the audience (hopefully) laughs, well what I think is happening is that our awareness is being expanded. Of course, we are also laughing at our own frailties or learning not to take ourselves so seriously or something, but in the macro sense, even unconsciously, I believe we are becoming aware that existence itself is fundamentally delightful.

Question: Any plans for another book?
I have a back catalog of all those aforementioned pamphlets which I will probably edit at some point and publish under the title, “Collated Works” or similar. I am now writing some (again, hopefully) humorous essays on political and other worldly topics. I have, as well, a few other books previously written but yet unedited and unpublished because the costs to do this used to be prohibitive. Now that one can relatively, inexpensively self-publish e-books, look out! Yes, it seems the only modern requirement is time, which I have plenty of, if not practically, certainly cosmically (Sri Chinmoy’s name for me, Kalatit, (“Kal” = “time,” “atit”=”beyond”)) and inspiration, which even more inexplicably and gratefully, I’m presently wallowing in! And, of course talent, which the world will have to, and assuredly will most disparagingly, judge. 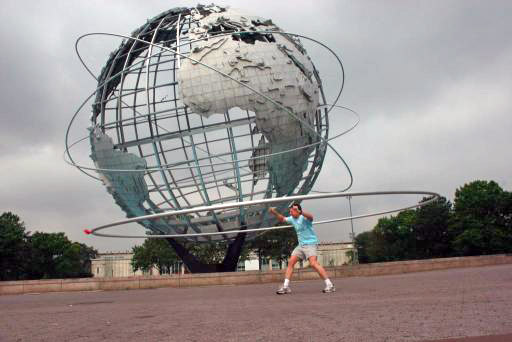 In a recent interview, Ashrita Furman, a student of Sri Chinmoy, explains how the practise of meditation helped him in his spiritual journey and setting a wide range of Guinness World Records.

When Ashrita was young, he admits he was not good at sport, in fact he mentions he was ‘a bit of nerd’. But, after practising meditation for several years, Sri Chinmoy saw Ashrita had the potential to aim for a big mileage in a 24 hour cycle race. To Ashrita’s surprise he was able to ride 405 miles in 24 hours, with little training – displaying to himself how techniques of meditation and mantra can help us to transcend our previous limitations.

View this video at Sri Chinmoy TV for more inspirational words from the man with the most Guinness world records.

“I am a truth seeker and God lover and I know there are many many countless people who are in the same boat. So when I give concerts it is like a family gathering.”