At the end of his epic race, Ashprihanal was greeted on the line by the other runners, helpers and spectators who came along to see this historic event. 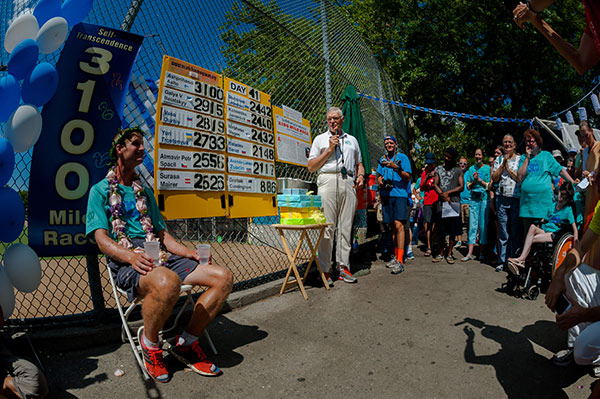