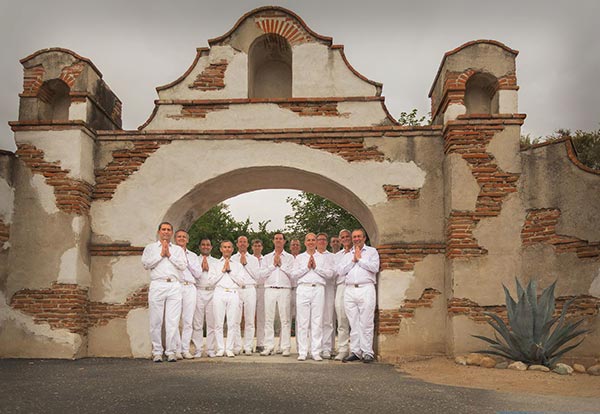 Oneness-Dream is an all male acapella singing group who perform the songs of Sri Chinmoy; recently they visited the West coast of California to perform several concerts.

Several concerts took place in former Spanish missions which were established during the early years of California in the Eighteenth Century. Many missions have been since abandoned, but a peace still endures in these former places of worship.

The aim of the group is to offer the music and songs of Sri Chinmoy in its purest and simplest form. Sri Chinmoy composed over 20,000 songs during his lifetime – songs which express a variety of spiritual emotions and can be very conducive for meditation.

“Music is psychic enlightenment. Music is the supreme fulfilment of the aspiring human soul.”

The group received hospitality from the San Francisco and San Diego Sri Chinmoy Centres during their week long tour.

To listen to Oneness-Dream, you can visit this recording from Radio Sri Chinmoy