The Sri Chinmoy Oneness-Home Peace Run began 2015, on the first of January, with an event in Croatia. 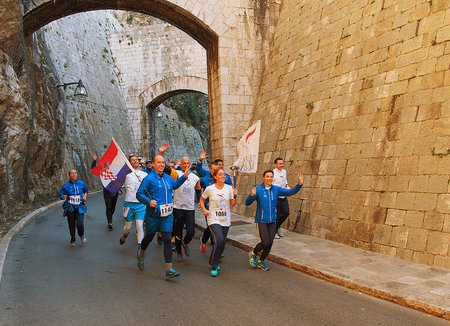 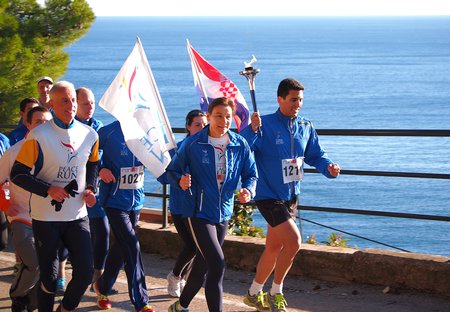 Mayor of Dubrovnik, Andro Vlahušić, greets the runners – in front of the patron saint of the city, Sveti Vlaho (Saint Blaise). 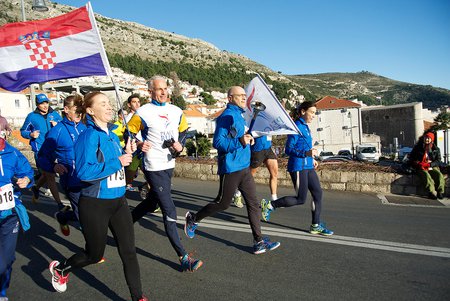