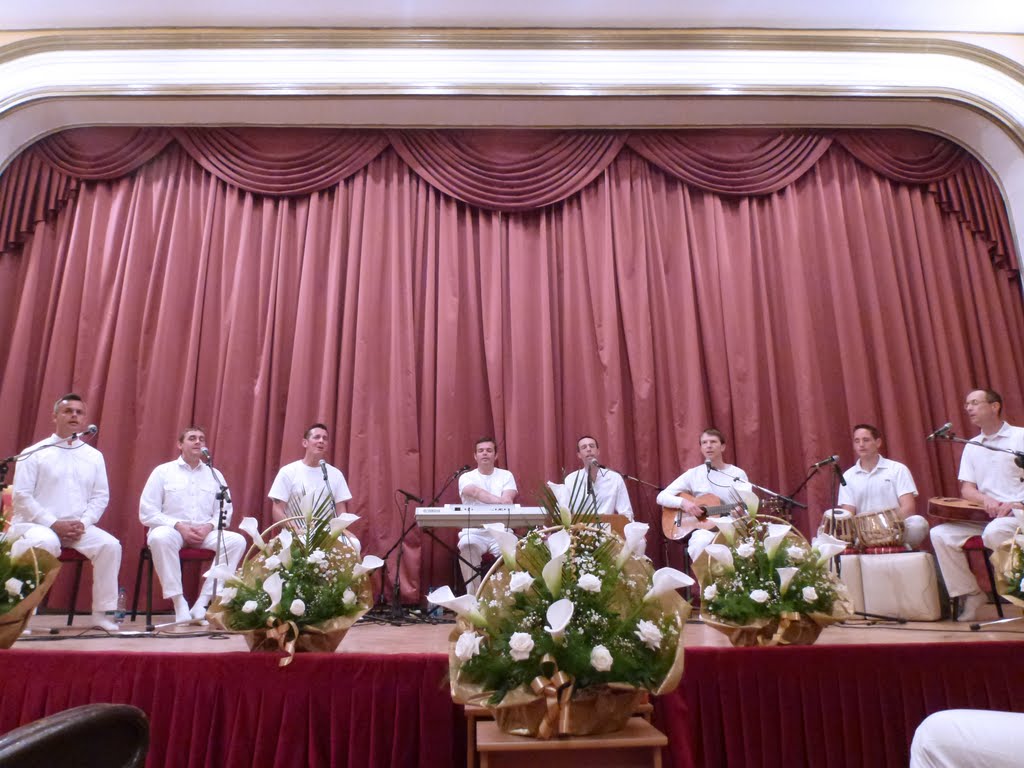 The British music group Ananda travelled to the Balkan countries recently for a series of seven meditative concerts dedicated to the music of Sri Chinmoy. They performed in Macedonia, Serbia and Bulgaria for audiences ranging from 100 to 300 people.

Ananda’s group members are male students of Sri Chinmoy living in the UK and Ireland. The group creates haunting and soul-stirring arrangements of Sri Chinmoy’s soulful and meditative songs and just released their fourth album.

Apart from their concerts, they also gave a series of lectures on meditation and spirituality in five of the cities they visited.