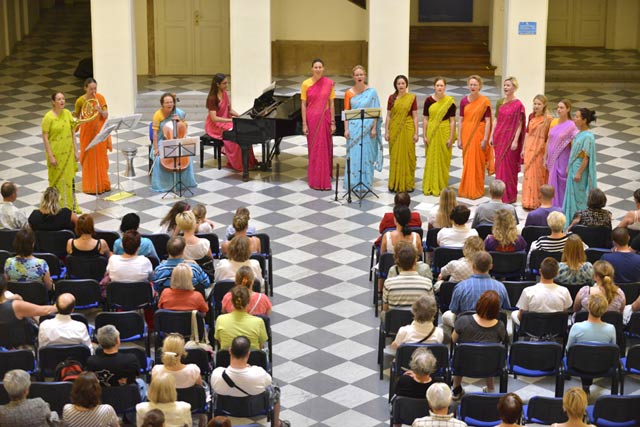 Between June 4-8, Temple Song Hearts gave a concert tour of Sri Chinmoy’s music in the Czech Republic and Slovakia.

The musical group Temple Song Hearts were founded in 1988 and include members from the UK and across Europe. The group has evolved over the decades to produce a sound that fuses classical and modern, Western and Eastern, in a musical expression that is at once contemplative and joyful.

In the first concert in the Czech Republic, they performed in the Czech Museum of Music in the old town of Prague City. The next concert was hosted in a Peace Garden dedicated to Sri Chinmoy, in the city of  Zlín.

Other cities where Temple-Song-Hearts performed included Ostrava, Brno and Slovakian capital Bratislava. This was their 3rd tour in this country – there previous two visits were in 1996 and 2008.