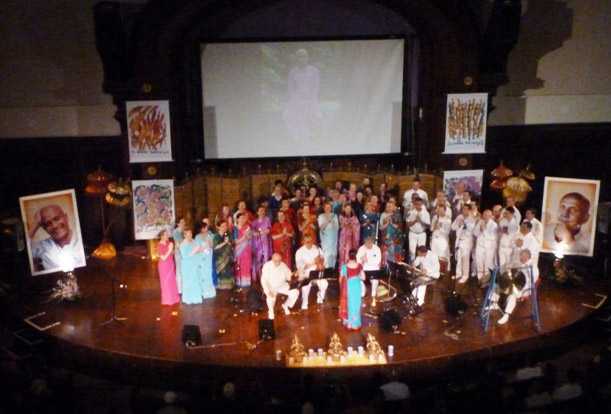 The finale to the concert featured a moving and energising arrangement of Sri Chinmoy’s song Twenty First Century.

TWENTY-FIRST Century, the New Millennium! No more the old sorrows and joys-compendium. God’s Heart, God’s Eye, a new hope and a new promise! O run and dive and fly-Bliss, Infinity’s Bliss! The world shall cheer the road with a God-surrender-song. Creator’s Silence-Hearts, creation’s sound-lives throng.

The song Twenty-First century is also featured in the songbook, The New Millenium